What You Should Know about Pardons for South Carolina Criminal Convictions 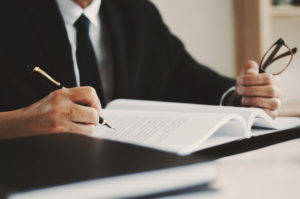 When a person is convicted of a felony, he or she typically loses the right to serve on a jury, own a gun and obtain certain occupational licenses. In order to restore these rights, a person may receive a pardon.

Pardons mean that a person is fully forgiven from the legal consequences of his or her conviction. In South Carolina, they are granted by the Probation, Parole, and Pardon Board – a state agency that is comprised of seven members appointed by the governor. Six of these members are appointed from each of the six congressional districts.

How likely am I to get a pardon in South Carolina?

According to a video released by The State, South Carolina granted an average of 400 pardons each year to roughly 64 percent of eligible applicants from 2007-2017. Out of 692 cases heard in 2017, approximately 481 pardons were granted (69.50 percent).

How do I apply for a pardon?

Pardons can only be considered if full restitution has been paid to the victim of a crime and restitution collection fees have been paid, according to state code (§ 17-25-322(E)).

In order to apply for a pardon, you must provide the following:

After you’ve applied for a pardon, you must wait until your paperwork is reviewed, an investigation is launched, and a hearing date is scheduled. The estimated wait time is roughly 7-9 months. Applications are available online.

If you were convicted of a crime, you may deserve a second chance. Attorney Matt Bodman can help guide you through the application process and use his skill to give you the best chance for success. If you have any questions about getting a pardon, contact Matt Bodman, P.A. to learn more. A pardon could change your life!