What to Expect After a First Offense DUI

WACH Fox 57 recently reported that a Spartanburg, SC magistrate has been placed in charge of overseeing a DUI hearing against a long-time Lexington prosecutor. The prosecutor was arrested when law enforcement officers had responded to a single vehicle auto accident near his home. Local magistrates all had to excuse themselves from the proceedings because of a conflict of interest.  The Spartanburg magistrate will be overseeing the hearing because everyone who is arrested for impaired driving deserves the right to have a day in court. 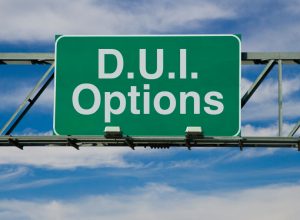 After you have been arrested for a first offense DUI, you need to understand what your hearing will involve, and need to know what your rights are and how to respond to the aftermath of your arrest. Even a first time conviction could affect many different aspects of your life. That's why you must get the legal help you need to make the most informed choices during the hearing and in the entire legal process following your charges.

Decisions You Need to Make After Being Charged

After an arrest for a first offense DUI, you are going to need to make a decision on how you should plead to the charges which have been brought against you. This decision is a big one, because it can affect the entire strategy for responding to accusations.

If you plead guilty or no contest, you're going to end up facing all of the penalties and consequences which result from a conviction. However, you may be able to negotiate with prosecutors to make a favorable deal. For example, you could sometimes get a prosecutor to reduce charges or to recommend the judge be lenient in sentencing you for the impaired driving offense.

If you plead not guilty, you are going to need to prepare for a criminal case. The prosecutor is going to present evidence, which may include the results of any toxicology tests which you took as well as testimony from law enforcement officers who were involved in your traffic stop or alcohol testing.  The evidence presented by the prosecutor will need to prove your guilt beyond a reasonable doubt in order for the court to convict you of a DUI offense.

If your guilt is proved, you'll face criminal penalties including a suspension of your license; a record of your DUI which counts against you in future cases; fines; and possible jail time. Your insurance rates will also go up significantly after your conviction when you get your license restored.

If you can introduce reasonable doubt, you should be able to get an acquittal. This would mean you don't end up with a suspension of your license by the criminal court or possible jail time, and you don't end up with a criminal record.  You can introduce lots of different kinds of defenses and make legal arguments aimed at introducing doubt, like claiming there was a problem with the toxicology tests. The right strategy will depend upon your situation.