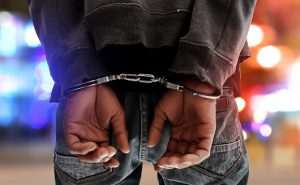 If you, a family member, or a loved one has been arrested, it is important to consult with a criminal defense attorney immediately. The sooner a Columbia criminal defense attorney becomes involved in your case, the better he or she will be able to protect your constitutional rights. Understanding the arrest process, and knowing what to do throughout, can also help bolster the chances of a favorable outcome in what we know is a confusing and often frightening ordeal.

Know What Your Miranda Rights Mean

Popular television has made many Americans familiar with the often-repeated Miranda Rights. Drawing from the Fifth and Sixth Amendments, these standard warnings inform a suspect of his or her right to remain silent as well as the right to counsel. But what do these rights actually mean? The standard warnings provide important details, such as the fact that waiving the right to silence can result in statements being used against the defendant in court, and that an attorney will be appointed to defendants who cannot afford one. But these warnings do not tell a suspect what he or she should do immediately after being arrested.

The right to remain silent derives from the Fifth Amendment's protection against self-incrimination. No one can be forced to testify against him or herself, and because of this, suspects also have certain protections against being forced to produce incriminating evidence. Suspects are not generally required to answer incriminating questions from law enforcement agents about an alleged offense. Officers can ask for identification or make simple requests related to public safety (such as asking bystanders to move away from a crime scene). The more specific a question becomes, the less likely a suspect is required to answer it. When in doubt, it is important to exercise the right to remain silent. Your request to speak to an attorney prior to an interrogation cannot be used against you in a court of law.

The Sixth Amendment affords defendants the right to an attorney. Subsequent case and statutory laws have defined the severity of offense for which counsel must be provided. Many petty offenses, such as loitering, do not entitle a defendant to counsel, though it's generally still a good idea if you can afford it. Supreme Court case law has guaranteed the right to counsel for indigent defendants (those who cannot afford it). This is why the standard Miranda Warnings contain statements about both the right to an attorney and the court's responsibility to provide you with one if you cannot afford those costs. The fact that the right to counsel is guaranteed in the Bill of Rights, and the fact that the right has been bolstered by subsequent case law, demonstrates the importance of having legal counsel to guide defendants throughout the criminal case process.

The Validity of Outstanding Warrants

Recently, South Carolina Supreme Court Chief Justice Donald Beatty has taken steps to address concerns over the use of arrest warrants to enforce fines on petty offenses (such as traffic violations) and low-level misdemeanors. The Post and Courier reports that thousands of arrest warrants across the state are being recalled as a result of new guidelines set forth by Chief Justice Beatty. Thousands of warrants have already been recalled by the courts without a request from the defendant.

An attorney can help South Carolina residents review such warrants to determine whether they may be eligible for recall under the new guidelines. And after any arrest, contact a Columbia criminal defense attorney as soon as possible, in order to promote fairness throughout the criminal case process.