What Is Considered A High BAC For A DUI In South Carolina? 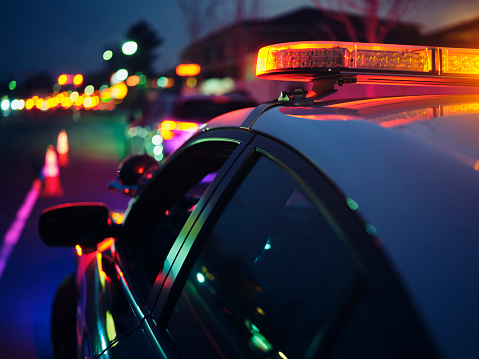 If you have been charged with driving under the influence (DUI) of alcohol in South Carolina, you have probably already heard or read a lot about BAC or how a high BAC can influence your DUI charge if you are convicted of drunk driving in South Carolina.

BAC is an acronym for blood alcohol concentration. Someone’s BAC measures the amount of alcohol in their blood. In most cases, someone’s BAC increases if they consume more alcohol in a certain amount of time. However, there are many situations (explained below) where someone’s BAC can be elevated due to something other than alcohol consumption.

Most states measure a person’s BAC level to determine if they are legally drunk. If their BAC level is above a certain minimum BAC level, police can charge that person with driving under the influence (DUI) of alcohol.

In South Carolina, most drivers are considered legally drunk if their BAC is 0.08 percent higher. The state’s rules and regulations can be found in the South Carolina Code of Laws, Title 56, Chapter 5, Sections 56.

However, some drivers can be charged with DUI if they have a lower BAC. For example, drivers under 21 years old in South Carolina can be penalized if their BAC is lower than 0.08 but higher than 0.02.

In addition, all drivers with a commercial driver’s license (CDL) are considered legally drunk if their BAC is 0.04 or higher due to a federal DUI law. This law can be found in the Federal Motor Carrier Safety Administration (FMCSA) regulations for commercial drivers and alcohol.

What is considered a high BAC?

Drivers with a BAC of 0.08 percent or higher are considered legally drunk. But certain states have even harsher drunk driving penalties if a driver has a high BAC. In many states, a high BAC is classified as 0.15 or higher. This is near twice the legal BAC level in most states.

Police officers who suspect a driver is legally drunk often measure the driver’s BAC one of three ways:

However, remember that many things can influence such tests and produce false results. Just because the investigating police officer says you have a high BAC does not mean that’s true. Mistakes often occur.

What can cause a high BAC?

While alcohol can produce a high BAC reading, there are many other reasons why someone might have a high BAC other than consuming alcohol. False BAC readings are common as well. Reasons why a person’s BAC reading may be higher or inaccurate include:

Why does a high BAC matter if charged with DUI?

How a DUI defense attorney can help you

Being charged with drunk driving can have serious consequences. If you're facing charges in South Carolina, make sure you fully understand your rights and your legal options. Talk to an experienced DUI defense lawyer at the law offices of Matt Bodman, P.A.

Located in Columbia and serving clients statewide, our law firm knows how the judicial system works in South Carolina. A former prosecutor, attorney Matt Bodman can work with you to build the strongest possible legal case in your defense.

Take a stand. Contact our law firm and schedule an appointment today with an experienced DUI defense attorney in Columbia, South Carolina.