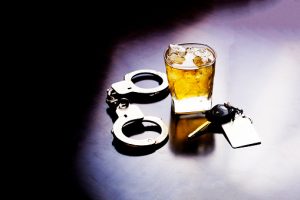 Because drunk driving laws vary significantly from state to state, where you are arrested has a profound impact on the consequences of a drunk driving conviction. South Carolina is one of the strictest states in the U.S. when it comes to penalties imposed on people accused of driving while impaired. Because severe penalties may be imposed, it is imperative anyone arrested for drunk driving takes all necessary steps to develop an effective DUI defense.

South Carolina Top 20 in Terms of Strictness for DUI Penalties

WalletHub ranked 50 states and the District of Columbia to determine which location imposed the harshest penalties for a drunk driving conviction. The strictest state was ranked 1st and the least strict location was ranked 51st.

In South Carolina, defendants who are convicted of a fourth offense will find themselves automatically charged with a felony. Many other states, including Florida which ranks right below South Carolina in terms of strictness, make a third conviction an automatic felony. However, South Carolina has one of the longer look-back periods, which is the amount of time a court will look back to determine if someone has past convictions. While some states look back only for five years, South Carolina looks back for 10 years and counts all convictions during that period of time.

South Carolina also imposes some of the highest monetary penalties on impaired drivers, especially second offenders. A first offender can expect a fine of $400 while a repeat offender could expect a $2100 fine. In comparison, while Arizona was classified as the number one strictest state for DUI penalties, its fines are only $250 for a first offense and $500 for a second offense.

South Carolina drivers face other consequences of conviction as well, including higher insurance costs and an administrative license suspension. Fighting against charges is essential for motorists who want to avoid being subject to harsher penalties for DUI conviction than in 31 other states.