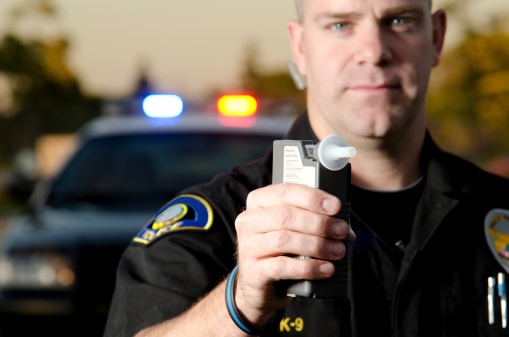 A South Carolina city councilman who recently refused to take a DUI field sobriety test and breathalyzer test when he was arrested for allegedly driving under the influence of alcohol has prompted an organization to call for a change to the state’s drunk driving laws, according to ABC 4 News.

The case in question involved a Charleston city councilor who was arrested for DUI on Memorial Day weekend after he refused to take a field sobriety test and a breathalyzer test.

Double refusals should not be allowed, according to officials at the South Carolina chapter of Mothers Against Drunk Driving (MADD).

"We need to get back to the fact that drunk driving is incredibly serious. It can lead to incredibly tragic consequences. So, we just can’t say, 'Oh well, they refuse,' and just go on about our business," MADD Regional Executive Director Steven Burritt said to ABC 4 News. "We basically apply penalties based on a person's BAC (Blood Alcohol Content) and for some reason in our state we say, 'Well if we don’t know what it is, we will just assume you had the lowest one.' How could we possibly be incentivizing this any more."

What are South Carolina’s DUI laws?

Under South Carolina law, drivers have the right to refuse to take a field sobriety test if a police officer stops them on suspicion of driving under the influence.

The rules are different for drivers who refuse to take a breath, blood, or urine DUI test.

Drivers must submit a request for a hearing to challenge their license suspension within 30 days of their arrest. During that time, the South Carolina Department of Motor Vehicles normally issues drivers a temporary driver’s license until their court hearing.

Now, South Carolina politicians are considering changing the state’s DUI laws. Senate Bill 28 would require drivers to get an interlock device for up to 3 months if a driver refuses to take a DUI test and wants to get a temporary driver’s license.

Still, it can't be understated how important it is for people to understand the complexity and the consequences of South Carolina’s DUI laws, especially if a driver has been charged with driving under the influence. That's why hiring a DUI defense attorney who handles such legal cases is one of the top ways to get the best possible outcome in your case.

How can a DUI defense lawyer help?

Being charged and arrested for driving under the influence in South Carolina can have serious consequences, and if the DUI laws do change, those consequences will be even more harsh. Depending on whether this is the first, second, third, or subsequent time you have been arrested and convicted for DUI, you could be fined hundreds or thousands of dollars. You could also face jail time and temporarily or permanently lose your driver’s license.

Attorney Matt Bodman thoroughly understands South Carolina’s DUI laws. He was an assistant solicitor in Richland County, which includes Columbia, S.C., and he has extensive experience handling complex legal cases. As a result, Attorney Bodman knows what it takes to get DUI charges reduced or dropped.

To learn more about how Matt Bodman, P.A. can help if you have been charged with DUI, contact our law firm and schedule your free case evaluation at our office on Calhoun Street in Columbia, South Carolina.