Social Media Evidence Can Be Admitted in your Criminal Case

Prosecutors have the burden of proving to a jury that a defendant is guilty of committing crimes beyond a reasonable doubt. In addition to traditional evidence like witness statements and the results of a police investigation or search, prosecutors are increasingly using information from social media as evidence against defendants. In some cases, this is a direct confession of a criminal offense posted on a social media account. In other situations, the evidence isn't directly related to the specific crime but still is considered to have probative value. 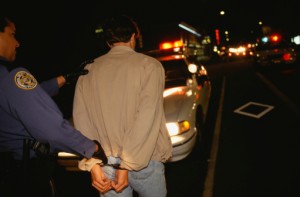 Defendants need to be aware of the fact that anything posted on the Internet could potentially find its way into a criminal case. A criminal defense lawyer can argue against admission of social media evidence and should be consulted if you are on trial as you make decisions about what is - and is not - OK to say to police, friends, or on the Internet.

The New York Times discussed how social media evidence is increasingly becoming a part of a prosecutor's body of evidence in criminal trials.

In one case, for example, prosecutors secured an increased sentence for a defendant who was convicted of vehicular manslaughter because her social media posts and comments glamorized alcohol abuse. In another situation, witnesses were found after observing a fatal shooting as a result of location information that was embedded in tweets. Victims of an armed robbery were also able to identify defendants through Facebook photographs that were publicly available.

Just recently, another situation arose in which a prosecutor wanted to use information from videos posted online. In this particular case, the trial was a racketeering trial and the videos in question were hip-hop videos that had allegedly been made by a Brooklyn drug gang. The YouTube videos depicted the defendants displaying drugs, cash and weapons and the judge determined that they were relevant to the criminal case.

Defendants argued that the money, guns, and drugs that were depicted in the video were just props and part of the hip hop culture that led to the creation of the videos. Many artists exaggerate and idealize aspects of the criminal lifestyle in writings, music, and other art and the use of these creative works in a criminal trial could set a troubling precedent that stifles free speech.

The judge indicated that it would be up to the jury to decide whether evidence presented via the videos was a depiction of people actually living a criminal lifestyle or was simply music that reflected themes popular in a particular genre. The problem, of course, is that juries may not be able to accurately separate artistic expression in the videos from their opinions of the defendants.

In cases where any type of social media evidence is being used, it will be up to defense attorneys to help clients put that information into context and try to reduce the chances that the jury will use it as part of a reason to convict. Having a defense attorney is always important when accused of a crime, but especially in situations where you need help undermining evidence the prosecutor has that could be effective in securing conviction.