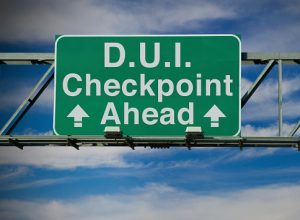 Checkpoints for impaired driving are a common sight on the roads of South Carolina. Unfortunately, even this simple inspection can infringe upon a driver's constitutional rights against self-incrimination. Protections against search and seizure can also be violated during these brief stops. Learn more about what South Carolina drivers can do at DUI checkpoints to protect their legal rights.

Drivers Have Already Given Consent for Alcohol Tests

Many drivers are surprised to learn that they have already given legal consent to have their blood, breath, or urine tested for alcohol. This is a result of South Carolina's implied consent law. Section 56-5-2950 of the South Carolina Code states that any person who drives a motor vehicle in the state is considered to consent to breath, blood, or urine tests if they are arrested for offenses arising out of acts alleged to have been committed while the driver was under the influence of alcohol, drugs, or a combination of alcohol and drugs. Drivers who refuse a request for such a test have their driver's license automatically suspended for six months. Such a refusal can also be used as evidence against the defendant in later DUI prosecution.

However: this implied consent is not unlimited, and it is important for drivers to understand the limits of a law enforcement officer's authority in this matter. If a driver refuses a test and has his or her driving privileges automatically revoked, there is the right to an administrative hearing on the matter. The hearing must be requested within thirty days. At that hearing, the DMV must prove that: (1) the driver was lawfully detained; (2) the driver was informed of implied consent rights both verbally and in writing; and (3) the driver refused to submit to the requested tests.

Other Ways to Protect Your Rights at a DUI Checkpoint

If a driver refuses to have their blood, breath or urine tested, an officer cannot obtain the sample without a warrant. In order to obtain a warrant, the officer must convince a judge that he or she has probable cause to believe the driver was operating a vehicle while impaired. Drivers who choose to refuse a test - even one subject to implied consent - should be sure that no samples are taken without a valid warrant.

Not all police actions at a DUI checkpoint are as invasive as a test of bodily fluids. Even the simple question of whether you have been drinking can be incriminating. In order to protect the right against self-incrimination, drivers should be as polite as possible while declining to provide officers with any unnecessary information. Identification can be requested, and drivers should provide it cooperatively. It is important to be as non-confrontational as possible when you are invoking your rights. Much of the recent conflict between police officers and the public has started due to situations that quickly escalated into confrontation which moved from verbal to physically violent.

If you or a loved one has been charged with driving under the influence of drugs or alcohol, it is important to contact an experienced Columbia DUI defense lawyer as soon as possible. The consequences of a DUI conviction can follow a person for years to come. With proper legal advice, defendants can better mitigate the damage of a conviction, and ensure that their constitutional rights are protected throughout the process.