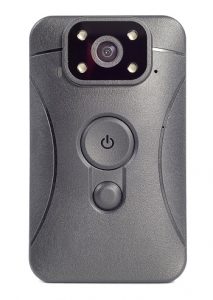 Police departments and law enforcement agencies nationwide have come under fire in recent years. Time and again, incidents involving use of excessive force make national news. These events have seriously undermined public confidence in law enforcement agents across the nation.

In response to these events, many agencies are now implementing the use of Body Worn Cameras (BWCs) during patrols and investigations. This allows both supervisors and the public to review an officer's conduct after a questionable incident occurs. As with all technology, however, there are both pros and cons to the use of BWC footage in law enforcement investigations.

BWC footage is not just being used to review police conduct. It can also be used as evidence in the prosecution of a criminal case. Parts of the recording may not be admissible to a jury, but even inadmissible footage can be used to move a criminal case forward.

Government Technology reports on the many possibilities for using BWC footage in criminal cases. For example, suppose a defense attorney tells a prosecutor that his client will not plead guilty to a weapons possession charge. The prosecutor then shares BWC footage of the client waving a gun and scaring bystanders. Even if the footage is inadmissible to the jury, the attorney now knows that witnesses can credibly testify to his client's possession of the gun. The client now has greater incentive to accept a plea deal from the prosecutor.

An officer's BWC footage can be used to help a criminal defendant's case as well. Suppose that an officer claims she read a defendant his Miranda Rights. The defendant knows she did not, and his attorney asks the court to suppress the defendant's confession as a result. Without recordings, this would likely be a he said/she said scenario. The court would be forced to decide whether the officer or the defendant was telling the truth.

With BWC footage, there is documented evidence of whether the officer did, in fact, read the Miranda Warnings required by the Constitution. The defendant will be more likely to suppress incriminating statements made to the officer. This, in turn, will lead to a better case outcome for the defendant.

With BWC recordings providing such critical evidence, it is important that officers use these cameras appropriately. Agency guidelines and oversight are critical to ensuring the preservation of this important evidence. The Columbia Police Department has already issued policies and procedures for the use of body worn cameras by its officers.

This in as important step toward ensuring that BWC footage is obtained in a uniform and impartial manner for all criminal cases investigated by the Department. Once this footage is obtained, a Columbia criminal defense attorney will be able to find the best ways of using body camera footage to help your case, as well as mitigate the effects of body camera footage that is detrimental to your case.