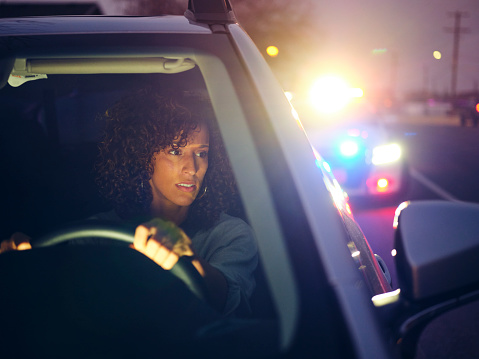 Law enforcement officials, employers, and others may soon be able to test whether people have consumed or smoked marijuana using a marijuana breathalyzer test, according to an in-depth article published by Discover Magazine.

However, whether the test accurately assesses if someone is actually under the influence of marijuana remains unclear.

How do marijuana breathalyzers work?

Marijuana breathalyzer tests currently being developed by scientists are similar to tests currently used to measure someone’s blood alcohol concentration (BAC) levels. The difference is instead of measuring how much alcohol is present in someone’s breath, marijuana breathalyzer tests measure delta-9-tetrahydrocannabinol (THC) levels. THC is the primary psychoactive chemical in cannabis.

But measuring the amount of THC in someone’s body is very different than measuring the amount of alcohol. If someone has consumed alcohol in the past few hours, several different BAC tests – breathalyzer, urine test, and blood test – can accurately measure how much alcohol someone has recently consumed. However, even these BAC tests can be flawed and can produce inaccurate test results.

In contrast, blood tests or urine tests used to measure the amount of THC in a person have been found to not be accurate and often produce false-positive test results. That’s because traces of THC can be detected in marijuana urine tests and marijuana blood tests up to one month after someone has ingested or smoked marijuana. As a result, when the tests are given to a driver, they do not accurately measure whether the driver is actually under the influence of marijuana when the test is administered.

Can drivers refuse to take a marijuana breathalyzer test?

In South Carolina, for example, drivers who refuse to take an alcohol breathalyzer test may have their driver’s license automatically suspended for six months. The penalty is longer for second and subsequent DUI convictions. This is due to the state’s “implied consent” law, which essentially means that all drivers have consented to take such a test when they drive in South Carolina.

However, South Carolina drivers whose licenses have been suspended for a DUI arrest can sometimes receive a temporary driver’s license, in certain circumstances. This is why drivers charged with DUI in South Carolina should consult with a defense lawyer as soon as possible after their arrest.

What are South Carolina’s marijuana laws?

For example, if a driver has less than one ounce of marijuana when they are stopped by police, the penalty for the first offense is a $650 fine and up to 30 days in jail. If it’s the driver’s second or subsequent offense, the penalties include a fine of more than $1,000 and up to 1 year in jail.

Talk to a criminal defense lawyer

Being charged with driving under the influence of marijuana or another controlled substance can have serious consequences in South Carolina. You could lose your driver’s license. You could also be subject to significant fines and jail time. This is why it’s important to talk with a lawyer as soon as possible after you've been arrested for charges involving marijuana.

At Matt Bodman P.A., we understand what's at stake. Attorney Matt Bodman has years of experience handling complicated legal cases in Richland County and throughout South Carolina. As a result, he has an in-depth understanding of the constantly changing state and federal drug laws and how they apply to drivers in South Carolina. When you have our legal team on your side, you can count on us to develop the strongest possible legal defense.

Learn more about how we can help you and contact us to schedule an appointment at our Columbia, SC office as soon as possible. We represent people facing criminal charges throughout South Carolina.