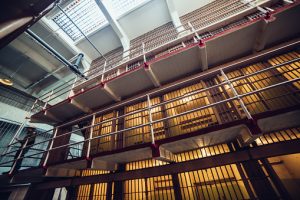 South Carolina is considering reforming its life-without-parole laws, which could put it at the forefront of a nationwide effort to end the mass incarcerations that began with the 1980s' so-called "War on Drugs."

While progress has been made in terms of reducing punishments for those facing shorter sentences, the fact remains that more than one-third of the state's prison population is serving a sentence of 20 years or longer.

Thus far, law-and-order arguments that reform efforts would increase the crime rate have proven unfounded, according to an article about life-without-parole reforms recently published in The Post and Courier.

South Carolina's Sentencing Reform Oversight Committee has already presided over justice reform efforts that have reduced the state's prison population by nearly 10 percent since 2010. The state's violent crime rate has declined by 37 percent since 2003. Past reform efforts have included moving those with drug convictions into treatment centers and giving judges greater sentencing discretion by shortening mandatory minimum sentences for nonviolent crimes.

Experienced defense lawyers in South Carolina understand the stakes. Life-without-parole sentences (LWOP) are increasingly being handed out for non-homicide crimes. In fact, the LWOP prison population has doubled since 2003, even as the state's violent crime rate has plummeted.

The end result of the state's current law is far too many prisoners serving mandatory life sentences for relatively minor crimes. The Post and Courier used the example of a 48-year-old man serving the rest of his life behind bars for robberies and burglaries linked to his substance abuse problems. This is not only a failure of justice for convicts; it's also a massive burden on the state. South Carolina pays about $20,000 annually to house each inmate.

Nearly 150 inmates are serving life sentences for crimes committed before they turned 18. This despite a 2012 U.S. Supreme Court ruling that found LWOP sentences for juveniles to be unconstitutional. About half of states have since reformed life-sentencing laws for juveniles, but South Carolina is not among them.

South Carolina's tough stance on repeat offenders is why experienced defense lawyers are needed to help clients fight criminal charges. Keeping a criminal charge off your record can mean decades less prison time in the event of subsequent arrest and conviction. While we welcome sentence reforms, defendants should take them as another reminder that without qualified legal help, state law may put them behind bars for years to come.