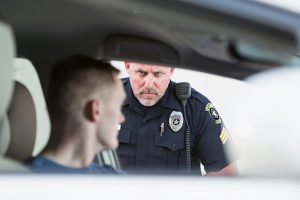 Drunk driving is a serious criminal offense that carries many unpleasant consequences. Because of this, suspected drunk drivers have legal protections that apply before formal criminal charges are ever filed. Law enforcement officers must respect a suspect's constitutional rights throughout drunk driving investigations.

It is important for drivers to understand what signs of intoxication police officers are looking for and how they can protect their own legal rights through the course of an investigation and in the event of an arrest.

What Happens During a DUI Investigation?

A DUI investigation usually begins when a police officer stops a car in order to assess whether the driver is impaired. Police must have a legal reason in order to stop the vehicle and interact with the driver. If the driver commits a traffic infraction, or the officer is called to the scene of a collision, these are lawful reasons for an officer to be present. DUI checkpoints are also generally allowed so long as they are conducted properly.

Even if a driver believes an officer has no reason to stop the vehicle, it is still important to be courteous and respectful during the stop. Do not escalate the situation by challenging the officer or threatening legal action. An attorney can later challenge the validity of the stop in court, but this is far more difficult to do if the driver was hostile toward the officer on the scene.

In some cases, the reason for the stop is painfully obvious. U.S. News and World Report reports on one intoxicated South Carolina driver who struck a police car. Neither the officer nor the driver was seriously injured, and the property damage was not extensive. None of this prevented the driver from being arrested for DUI.

In such circumstances, there are usually very few legal challenges to be made to the defendant's stop or arrest. But a defense attorney can still mitigate the consequences of a DUI even in such a case. This can be done through plea bargaining, advocacy at sentencing, and other defense strategies that do not focus on the defendant's guilt or innocence.

How Do Officers Determine If a Driver is Impaired?

Once a vehicle is stopped, the officer will begin to assess whether the driver is impaired. Impairment can be the result of drugs, alcohol, or any combination of other intoxicated substances.

Drugs have a wide variety of chemical compositions, which can create many different signs of impairment in the body. Alcohol, on the other hand, is a fixed chemical structure that produces reliable signs of intoxication. These signs have been studied extensively over decades of research. As a result, law enforcement agencies are able to train their officers in the recognition of these common signs of alcohol impairment.

Some agencies go to comical extremes in order to give officers practical training. In Maryland, the Frederick Police Department trained its officers in the signs of intoxication by recruiting volunteers to get drunk at the police training center. Trainees were able to observe firsthand the physical effects of intoxication.

These include horizontal gaze nystagmus (an involuntary jerking of the eyes), the inability to complete balance tests, and decreased ability to walk and turn. According to U.S. News and World Report, the volunteers for this demonstration were police instructors and their friends, with a few employees from the office of the State Attorney.