Healthy Habits: How ex-offenders can improve their lives 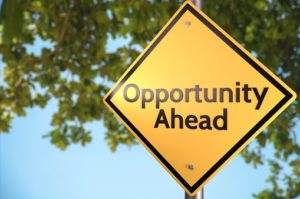 Individuals who serve their sentences and are released into society face a lot of tough obstacles. Carrying a criminal record may hinder some from finding employment, enrolling in school, finding a place to live, building healthy relationships, and becoming contributing members of society.

A Special Report from the U.S. Department of Justice released in May 2018 noted that in a 9-year study of recidivism from 2005-2014, 5 out of 6 ex-offenders (68 percent) were arrested within three years of being released from incarceration. Within six years of being released, the number jumped to 79 percent, with an astonishing 83 percent getting arrested within the study’s nine-year timeframe.

How to start fresh and better yourself after serving your sentence

An article published by Forbes discussed seven habits that individuals can try to incorporate in their lives to better themselves. While most people need to put in a lot of work to reach their goals, those with a criminal history face an even taller task. Some ways that ex-offenders can better themselves after paying their debt to society include:

Setting long-term goals: Whether it’s starting a new career, continuing your education, creating health and fitness goals, building strong relationships, getting therapy, performing community service, or starting a family, it’s important to have a plan and take the necessary steps to meet your long-term goals.

No longer making excuses: It’s easy to use a prior criminal conviction as an excuse not to pursue your long- and short-term goals, but there are plenty of examples of people who have returned from incarceration and went on to do great things. Look no further than South Carolina’s own Lester Young Jr., who was sentenced to life in prison at age 19, released on parole, and is now a certified life coach and up-and-coming author.

Not taking things personally: An estimated 65 million Americans have a criminal record, and many of them continue to pay for their mistakes well after serving their sentences due to the stigma that’s associated with being an ex-offender. It’s important to remember that you are not alone, and you aren’t the only who faces challenges as you look for a new lease on life.

Exercising: One way to reduce stress and improve your overall health and well-being is to take part in regular physical activity. Applicable to everyone, not just those returning from incarceration, getting at least 150 minutes of physical activity in per week is recommended for most adults.

Getting rid of distractions: In today’s world of technology, more and more time is being spent staring at screens. One study revealed that American adults spend more than 11 hours a day interacting with media, which is time that could be spent trying to achieve important goals. Limiting the amount of time you spend in front of the TV, on the computer, and on your phone or tablet can be a great way to stay productive and focused on your goals.

Facing your fears: Whether it’s deciding to finish school, getting licensed so you can pursue a certain career, or starting a new business, it’s important to embrace the unknown and realize that failure is a part of life. If you have a dream, start taking steps to achieve it.

Get a fresh start with help from a pardon lawyer

Pardon lawyer Matt Bodman is a former Richland County prosecutor who has an in-depth understanding of how the legal system works in South Carolina. Obtaining a pardon isn’t quick or easy, but it is something that can help as you attempt to better yourself after serving your sentence. While a pardon won’t erase your criminal history, it will restore your right to:

The application process can be confusing, but South Carolina pardon attorney Matt Bodman can help make sure it’s filled out correctly and meets all the necessary requirements. If you’re an ex-offender who wants a pardon, contact the South Carolina law firm of Matt Bodman, P.A. today for a free consultation.