A Felony DUI Charge Can Have Very Serious Consequences

According to WBTW News 13, a driver has been charged with felony DUI after a crash in Lake City left one person dead. Authorities said the driver had been traveling south before losing control of the car, running off the road and rolling over into a ditch. The victim had been a passenger in the car and was ejected from it. 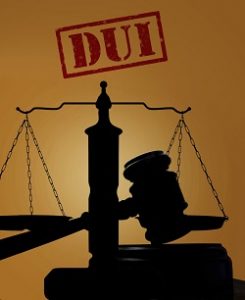 South Carolina imposes a strict set of penalties on motorists convicted of DUI. These penalties become much stiffer when the intoxicated driver causes great bodily injury or death, resulting in a charge of felony DUI. "Great bodily injury" means any injury that creates a substantial risk of death, causes permanent disfigurement or causes protracted loss or impairment of function.

The bottom line is if you are convicted of felony DUI in South Carolina, you will pay a significant fine and you will go to prison.

The consequences of a felony DUI conviction don't end there. Following the prison sentence, your license will be suspended for 3 years (in case of bodily injury) or 5 years (in case of death). Also, having a criminal record can make it much harder for you to get a job or a loan.

In a felony DUI case, the prosecutor must prove a person was driving under the influence of alcohol or drugs "to the extent that the person's faculties to drive a motor vehicles are materially and appreciably impaired," that the driver engaged in "any act forbidden by law" or neglected "any duty imposed by law in the driving of the motor vehicle," and that this act or neglect caused the injury or death.

The prosecutor does not have to prove that the use of alcohol was the main or primary cause of injury or death in the crash. It only needs to be established that alcohol contributed to the crash.

An experienced DUI attorney who understands how the prosecution builds cases can fight a felony DUI charge in different ways. As part of the defense, the attorney can carefully examine and challenge the evidence of intoxication. There may be inconsistencies on the arrest report. Experts may be able to cast doubt about what happened in the crash.

It may not be possible to avoid all criminal charges in a felony DUI case. But a skilled attorney may be able to negotiate an agreement to reduce the charges. While these also have consequences, they are far less severe than a felony DUI conviction.

If you've been arrested for felony DUI, it's important to consult an experienced DUI attorney as soon as possible to protect your rights.