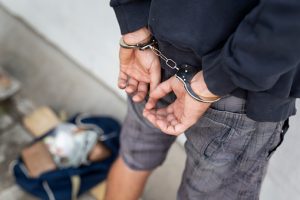 U.S. Attorney General Jeff Sessions has made no secret of his passion for prosecuting drug cases. Under his authority, the U.S. Justice Department has focused more intently on federal drug offenses. Under the previous administration, many minor drug offenses were given low priority as prosecutors focused instead on a broader range of offenses. The departmental changes over the last year may have drastic consequences for defendants facing drug charges in state or federal court. A Columbia criminal defense attorney should be consulted as soon as possible after an arrest to make sure your rights are protected and give you the best chances of a favorable outcome.

The Washington Post reports Sessions has directed federal prosecutors to pursue the most severe charges and penalties possible in their drug cases. This change came via a two-page memo effectively overturning former Attorney General Eric Holder's policy of not charging certain defendants with non-violent drug offenses that would trigger long mandatory minimum sentences. Under Sessions, the Justice Department's change on this front has received significant push-back from a wide range of sources, including civil rights groups, Republican lawmakers and even the ultra-conservative Koch brothers.

What These Changes Mean for South Carolina Defendants

Drug charges in South Carolina can be filed by either state or federal prosecutors. Federal prosecutors, who are subject to the authority of Sessions, will likely be more strict than ever in bringing substantial charges and seeking harsher sentences. This will make it more difficult for defendants to negotiate fair plea deals in this arena. For many federal defendants in South Carolina, taking the risk of going to trial may be necessary when prosecutors fail to offer reasonable plea terms. This, in turn, could lead to more convictions on serious drug charges, which are statutorily subject to mandatory minimum sentencing laws.

It remains to be seen whether state prosecutors in South Carolina will be swayed by changes in federal law. Sessions and the federal Justice Department only have authority over federal prosecutors, not those employed by the state, county, or city. The federal government does not enforce state drug laws. For this reason, these changes may have little or no impact on the enforcement of South Carolina drug arrests and prosecutions. Still, even those not subject to Sessions' oversight might choose to be stricter in their charging decisions and sentencing recommendations on drug offenses.

Section 44-53 of the South Carolina Statutes criminalizes certain drug offenses and sets forth sentencing guidelines. Prosecutors do have discretion within the guidelines set by state lawmakers. The choice to prosecute a case or not, the choice of which charges are filed and the determination of the recommended sentence are all in the hands of the prosecutor. This is why it is so important for defendants to seek out the best criminal defense attorney they can find. A prosecutor's authority is wide-reaching and takes effect as soon as a law enforcement officer submits a case to the prosecutor's office. A Columbia drug defense attorney can help suspects protect their constitutional rights and promote fairness in the criminal justice process.