Millions of potential DUI arrests and accidents were thwarted by ignition interlock devices, according to advocacy group Mothers Against Drunk Driving (MADD).

The report offers analysis 10 years after the devices became a standard in DUI convictions in South Carolina and across the country. They report that of data collected from 11 manufacturers in 50 states, the devices have reportedly stopped 2.3 million drunk driving attempts since 2006. 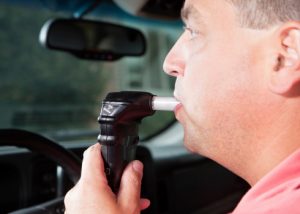 MADD has been pushing for mandating ignition interlock for all DUI offenders for years. These devices, as you may know, require the driver to provide a breath sample, which must show the driver is not under the influence of alcohol, before the vehicle will start.

As our Columbia DUI defense lawyers can explain, South Carolina passed its Prevention of Underage Drinking and Access to Alcohol Act in the summer of 2007, and that is when the parameters for the ignition interlock device program were laid out. Those guidelines became even more stringent in 2014 with the passage of Emma's Law, which bolstered the law by:

Then in 2015, state legislators went even farther by allowing penalties for drivers who tamper with the device in their vehicle or who allow a third party not driving the car to blow into the device on their behalf.

Participants in the program can rack up points for violations, ranging from failure to report to a service center every 60 days for calibration to running a retest with a BAC of 0.04 or higher. Accrue a certain amount of points, and you could face additional penalties, ranging from extension of the program to mandated drug and alcohol treatment to a six-month license suspension.

Drivers whose South Carolina DUI arrests happen after October 2014 will have their license suspended indefinitely unless they successfully complete the program.

Despite all this, there are still some - like representatives of MADD - who believe all this doesn't go far enough. Specifically, they want all DUI offenders - including first-time offenders whose blood-alcohol concentration was 0.08 or above (not just those with a BAC of 0.15) - to be compelled to participate.

Every state in the country has some type of ignition interlock program at this point, though only 28 and D.C. have programs that require enrollment in the program for all first-time DUI offenders.

MADD reports that from 2006 to 2016, South Carolina's ignition interlock program has prevented 4,987 instances of drunk driving. Just in the past year, from 2015 to 2016, the group reports 1,648 drunk driving trips were halted.

The cumulative effect of this nationally is that 2.3 million DUI trips have been prevented in the last decade, with 350,000 of those being just in the last year.