Can I still be arrested and charged with DUI if my BAC was under 0.08 percent? 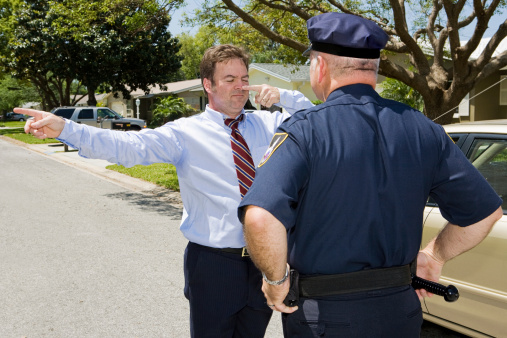 Under South Carolina law, it's illegal to drive with a blood alcohol concentration (BAC) level of 0.08 percent or greater. Some people are under the impression that having a BAC below the legal limit is safe. Police can't arrest them. This is a dangerous assumption that could potentially lead to a DUI arrest.

Even if you have a BAC below the legal limit, police can place you under arrest in some circumstances. Here are some reasons why.

You will likely be asked to perform a field sobriety test if police suspect that you were driving drunk. Police use three standard methods for determining impairment by evaluating balance, coordination, and cognitive functioning. These methods include:

Not everyone has the ability to perform these tasks, even when they are 100 percent sober. Someone's balance or coordination can be compromised by a disability or injury, fatigue, age, and use of prescription medication.

Police will likely move on to a breath test after conducting a field sobriety test. You will be asked to blow into a small device called a breathalyzer. This device detects alcohol on your breath and gives a blood alcohol concentration (BAC) reading. The readings these devices give off aren't always accurate, however. As we previously discussed, several DUI cases have been thrown out due to faulty breath test readings.

If you are driving home late at night after a holiday celebration, you will likely be on law enforcement's radar, even if you're completely sober. Police know that people tend to drink more on certain holidays, such as St. Patrick's Day, Memorial Day, Inependence Day, Labor Day, Thanksgiving, Christmas, and New Year's Eve.

Police often conduct sobriety checkpoints throughout South Carolina, according to the Governors Highway Safety Association. They are more likely to set up checkpoints around the holidays, however. In addition, police will likely station themselves around bars, festivals, parades, and other areas where they think people may be likely to drive drunk.

If you were arrested and charged with DUI because of a police officer's poor judgment or a faulty breath test reading, don't hesitate to get legal help. If convicted, first-time DUI offenders in South Carolina could face:

That's why you need a strong legal advocate on your side who can help you fight the charges. Attorney Matt Bodman has been helping people in South Carolina fight DUI charges since 2002. Contact him online to schedule your free consultation.