Do I Have to Take a Field Sobriety Test in Columbia? 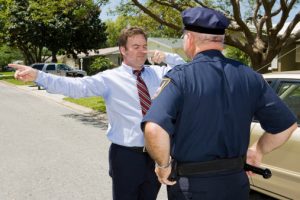 When you are pulled over by the police in Columbia, it can be a really frightening experience. Your situation becomes exponentially worse if law enforcement officers think you're intoxicated. The law enforcement officer who pulled you over may ask you to submit to a field sobriety test to detect if you are drunk. If that happens, you need to know your rights!

The first and most important thing to be aware of is that you do NOT have to take a field sobriety test. Field sobriety tests are judged subjectively, and accuracy rates are questionable for this type of test. This means there is a risk police who observe your testing will decide you are intoxicated even if you don't really show evidence of it.

False positives are just one of many reasons why you may not want to take a field sobriety test. Field sobriety test evidence is also generally admissible in court, provided the law enforcement officers administer an appropriate test. Appropriate tests include a group of three tests called the Standardized Field Sobriety Tests (SFSTs). These tests include the walk-and-turn; the one-legged stand; and the horizontal gaze nystagmus (HGN) test which measures the jerkiness of your eyes as your eyes follow a moving object while your head stays stationary.

There's no reason to take any of these tests and potentially give a prosecutor more evidence to be used against you, so you should strongly think about declining the field test when asked to submit to it.

Implied consent laws get their name from the fact that the law views your decision to get a license and drive on South Carolina's roads as giving implicit consent to blood alcohol concentration (BAC) testing if you are suspected of being drunk. In other words, just because you drive in South Carolina, you're essentially saying you're OK with someday submitting to a BAC test if police believe you're dunk.

South Carolina's implied consent law is found in Motor Vehicle Code section 56-5-2950. The law says you're "considered to have given consent to chemical tests of... breath, blood, or urine for the purpose of determining the presence of alcohol or drugs or the combination of alcohol and drugs if arrested for an offense" arising out of suspected drunk driving.

If you don't agree to take the blood, breathe or urine test if you're arrested for suspected drunk driving, you can face a license suspension and your refusal can be used against you in a court of law. Similar penalties will happen if you fail the test and the results are used to secure conviction.