Defending Yourself Against DUI Charges Based on Benzodiazepines 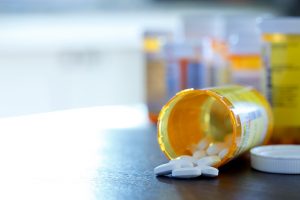 According to National Institute of Health, "Benzodiazepines are central nervous system depressant drugs often detected in biological samples from driving under the influence (DUI) offenders. They are associated with marked psychomotor impairment."

Xanax, Klonopin, Ativan, valium and a wide variety of other drugs are all considered benzodiazepines.  They are commonly prescribed by physicians, and many of the drugs are also sold on the black market and are subject to abuse.

These medications can impact many aspects of your life, including your ability to drive a car. In some cases, when benzodiazepines impact your driving ability, law enforcement officers and prosecutors will determine you are unlawfully impaired while driving. This can result in DUI charges based on benzodiazepine use.  If you have been accused of a DUI as a result of taking Xanax or taking other medications, it is important you talk with an attorney who can help you to understand your options for defending against charges.

If you are arrested for DUI based on benzodiazepines, there are a number of different defenses to raise. One big issue is the question of whether police violated your rights in either stopping your car or getting a toxicology sample from you. Police cannot pull you over without probable cause and cannot force you to submit to drug testing without probable cause. Unlike with alcohol, benzos do not have an odor, so police can't claim they smelled alcohol on you as a justification for testing you for drugs (unless of course you were also intoxicated by alcohol). If police can't prove they had reasonable cause to stop your car or make you submit to testing, any evidence collected as part of an illegal search may not be admissible to use against you in court.

The prosecutor also has the burden of proving you were too impaired to drive. If a doctor prescribes you anti-anxiety medications and you take those drugs as directed, the fact you have benzodiazepine drugs in your system does not necessarily mean you were actually unlawful impaired and should be prosecuted.  Unless the prosecutor can prove you actually violated DUI laws and drove when drugs or alcohol caused you to be unreasonably impaired so you were unsafe on the roads, you should not be convicted of a DUI.

If you are accused of impaired driving due to benzo use, you are not alone. Alprazolam, which is a benzodiazepine medication, has become the most-commonly prescribed psychiatric drug in the U.S. and has held this title since 2005. There were more than 48.5 million people with Alprazolam prescriptions in 2013 alone, according to AL.com, and DUIs related to these medications have surpassed DUI charges related to marijuana in many locations.

While benzodiazepine use is common and DUIs related to these drugs happens frequently, the charges are serious and could impact your life. Be sure to get the right legal help as soon as you can to try to fight the accusations you were driving impaired due to your psychiatric medications.