The Consequences of an Underage DUI in South Carolina 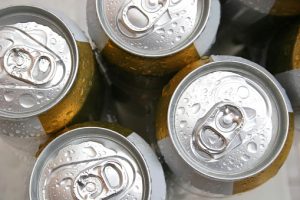 An arrest is a stressful event for an adult who understands and is prepared for the process. To an inexperienced teenager, however, it can be utterly traumatizing. The mental and practical consequences can last a long time, as teens are more likely than adults to inadvertently waive important constitutional rights than they do not know they have. Juvenile defendants, especially, need an experienced South Carolina DUI criminal defense attorney to protect their legal rights at all stages of DUI proceedings.

Title 56 of the South Carolina Code of Laws sets forth the sentencing guidelines for an underage DUI conviction. A driver under the age of twenty-one with a blood alcohol content ("BAC") between .02% and .08% may have his or her license suspended for three months. This suspension is increased to six months for a second offense within five years. If the driver refuses a chemical test after being stopped for suspected DUI, his or her license is suspended for six months. A second refusal within five years will result in the driver's license being suspended for one year.

Drivers under the age of 21 who are found to have a blood alcohol content (BAC) of .08 or above are prosecuted under the South Carolina DUI statutes. A DUI conviction carries the possibility of a jail sentence, fines, court costs, driver's license suspension, community service, and many other collateral consequences. Title 56 also sets for sentencing guidelines for DUI offenses:

The Conflict Between Constitutional Rights and Implied Consent Laws

Like every other United State, South Carolina has an implied consent law. This means that a driver's consent to a DUI test can be implied from his or her use of the public roadways. The law enforces this consent by suspending the driver's licenses of suspects who refuse to consent to a blood, breath or urine test at the request of a law enforcement officer.

Implied consent laws can sometimes run afoul of a driver's constitutional right to be protected from illegal searches or seizures. In this case, an attorney may be able to suppress the results of the chemical test from being used against the defendant. A driver who believes his or her license was improperly suspended may also request a hearing through the motor vehicle division to review the implied consent suspension. However: these are complicated legal issues which most adults are not aware of. A teen or young adult is particularly vulnerable to having their constitutional rights be usurped without their knowledge or consent. It is especially important that young adults be protected during DUI prosecutions by having sound legal advice.