Columbia College Students Can See a Career Derailed by DUI 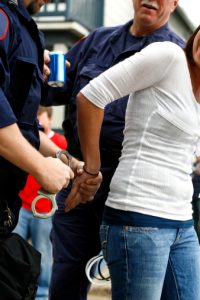 For students at Columbia College, drinking is often a part of campus life.  Unfortunately, this can result in accusations of drunk driving. People who are under the age of 21 and who drink while on campus could be caught up in zero tolerance laws. Even a single drink could result in a blood alcohol concentration (BAC) which is a violation of zero tolerance rules prohibiting all impaired driving in those who are underage. For older college students who have turned 21, it also does not take many drinks to get a BAC of .08 or higher and end up arrested.

When a college student is arrested, or any young person is charged with impaired driving, this criminal charge and a resulting conviction could have a profound impact on future opportunities. For young people who may wish to pursue further education and who are not yet established in their careers, a South Carolina DUI charge could be even more devastating than for older adults.  Fighting against conviction and aiming to avoid a criminal record becomes even more essential for young motorists.

Recently, NewsOK reported on the fact the rates of impaired driving are disproportionately higher for young adults as compared with other demographic groups. The age group of people most likely to be involved in n accident while impaired by alcohol was actually people aged 21 to 24. The demographic group with the next highest rates was 25 to 34 and then 35 to 44.  People who turn 21 and are legally able to drink for the first time are often out on their own, still finishing up college and still with tremendous opportunity to consume too much alcohol as part of their normal social lives.

NewsOK indicated many young people feel a sense on invincibility, which leads to them consuming alcohol and getting drunk. The mistaken belief they will never be the ones arrested or hurt in a DUI incident leads to serious consequences. One in three drivers who are in a deadly DUI collision and whose BAC is above .08 are between the ages of 21 and 24, and 23 percent of total drivers with an alcohol-related condition at the time of a car accident are within this age group.

When young people drink and drive and are arrested, this can affect their financial stability. Many young people have limited or no incomes and the cost of DUI fines, required ignition interlock devices, restoring a license, and DUI insurance can send them thousands of dollars into debt.

Impaired driving could be a violation of college disciplinary policies, or could make it more difficult for young people to get into a graduate school to pursue higher education if they are already in college but want to go further.  Young people may also be disqualified from career opportunities due to a criminal record and/or due to the fact they cannot take jobs requiring clean licenses once they have a DUI on their record.  Fighting these undesirable consequences is essential to protecting a bright future.