The harsh legal consequences of cocaine charges in South Carolina 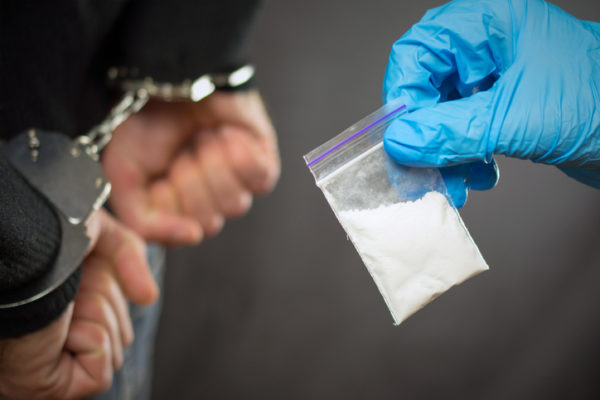 Of all the states, South Carolina has some of the harshest sentences in the country for cocaine charges.

According to a recent analysis of sentencing laws and outcomes by USA Today, no other state sentenced more people for longer sentences over cocaine than South Carolina. In one year, South Carolina sentenced 143 people to prison for drug law violations - mostly cocaine-related.

The average sentence length was 105 months (8.8 years), according to the survey, which cited the U.S. Sentencing Commission for the data. Meanwhile, the national average prison sentence was 71 months for defendants found guilty of federal drug trafficking charges.

The prison sentences are harsh, but it’s not the only thing defendants have to worry about. South Carolina, and other states, can also assess fines and assign supervised release following prison for drug-related convictions.

In South Carolina, there are three main drug charges related to cocaine:

The severity of the sentence largely depends on whether it’s a first, second or third offense. It also depends on how much cocaine was allegedly discovered.

How many years can I get for cocaine possession?

In South Carolina, possession of cocaine carries stiff penalties - even if the amount allegedly discovered is minuscule.

A judge can sentence someone found guilty of cocaine possession for up to 2-5 years and thousands of dollars in fines.

Click here for a complete breakdown of penalties for cocaine possession convictions in South Carolina.

How long can I get for cocaine possession with intent to distribute?

The largest sentences are reserved for people who were allegedly in possession of cocaine of 400 grams or more for distribution. Any distribution conviction can land a defendant in prison for up to 15 years in South Carolina, however. Fines can exceed $100,000.

It doesn’t matter where in South Carolina a person is arrested — Columbia, Florence, Charleston, Greenville — the sentencing guidelines are the same.

Click here for a complete list of possible sentencing outcomes for cocaine possession with intent to distribute in South Carolina.

What is the maximum sentence for trafficking cocaine?

A conviction for trafficking cocaine over 400 grams carries a $200,000 fine - even for a first offense.

What is the best defense against cocaine charges?

The best defense against drug charges is a good lawyer. Find one with years of experience and a solid understanding of state and federal narcotics laws.

If you or a loved one were arrested and are facing cocaine-related charges in South Carolina it is in your best interest to consult a defense attorney. Do it regardless of whether it’s a first or third offense, or whether the amount allegedly discovered was pocket dust or hundreds of grams. After an arrest, a free consultation with a defense attorney can get you the advice you want and the help you need to protect your freedoms. Contact us today to get started.