Can you trust THC breathalyzer results? 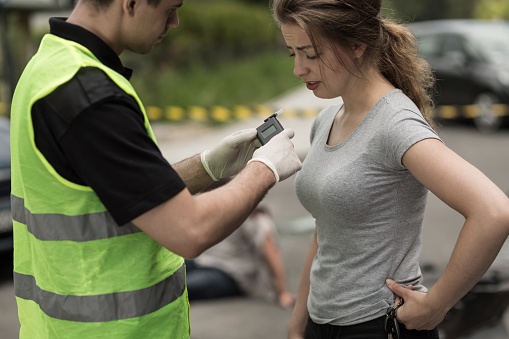 Research that helped modify a THC breathalyzer to identify COVID-19 is being used to improve the detection of recent marijuana use.

Hound Labs in California says that it has developed a marijuana breathalyzer that is so sensitive it can tell if someone has smoked marijuana within the last 4 hours. The product is expected to be available for purchase later this year.

The device could become a regular police tool in roadside sobriety tests and lead to an increase in marijuana charges.

The breathalyzer prototype is being used for COVID-19 testing since it was discovered that, with a few adjustments, the device could identify SARS-CoV-2 (the virus that causes COVID-19) in a person's breath.

This news of an “improved” THC breathalyzer is being celebrated by law enforcement, employers, and insurance companies desperate for a reliable way to identify and bust marijuana users.

This party, however, is premature.

We know from experience how unreliable the results really are. Many outside factors can influence readouts, leading to false positives and charges against innocent people.

People have been working on an accurate test to measure weed intoxication since before the first U.S. state approved adult recreational marijuana use in 2012.

Most tests for marijuana analyze blood, saliva, or urine. The Hound, which started to take off in 2014, studies breath particles at the parts per trillion level. By counting marijuana particles, the company says, its breathalyzer can indicate whether a person has smoked marijuana within the last several hours. Marijuana’s effect is greatest shortly after a person smokes it.

The breathalyzer takes two samples - one that is analyzed immediately and another that is saved for later testing.

The device is being marketed to police departments for roadside tests, employers who are curious if their employees are getting high on their lunch breaks, and insurance companies.

While the Hound and other marijuana testing devices say they can determine if someone has used marijuana, none of them measure impairment or intoxication.

Knowing that someone smoked marijuana at some point does not prove that person is too high to drive or work. You cannot rightfully be charged with DUI if you weren’t intoxicated.

Marijuana affects every user differently. A longtime, daily weed smoker might be able to pass a field sobriety test after smoking a joint while an occasional smoker could struggle with balance and coordination after one hit.

Regardless of their inability to determine intoxication, THC breathalyzers will likely be embraced by prosecutors and cops.

This side of the law is already hooked on using breathalyzers to determine roadside alcohol intoxication despite how easily the results can be influenced. Outside factors that can impact results include user error, residual mouth alcohol from mouthwash, breath sprays or cough syrups, medical conditions like diabetes and gastroesophageal reflux disease (GERD), and burping.

Even when they’re wrong, breathalyzer results can be effective props during driving under the influence of alcohol trials. They could be used similarly for DUI marijuana cases.

Juries often don’t know about breath-test shortfalls or that there is no link between marijuana consumption and level of intoxication. A smooth prosecutor may convince them that breathalyzer results are meaningful and bulletproof.

If you are facing drug charges due to a THC test, you need a criminal defense lawyer who understands the technology’s limitations and how to dismantle prosecutors’ arguments that use this data for evidence.

Get a trial-tested attorney focused on results

For years, Attorney Matt Bodman has been fighting hard for the rights of people accused of crimes in Columbia, SC, and throughout the region. He has a deep knowledge of South Carolina law and stays up to date on the latest trends in evidence collection and legal applications.

When you need him, Attorney Bodman is ready to fight to get the charges you’re facing dismissed, reduced, or cleared.

If you’re facing drug charges involving marijuana, see what a strategic criminal defense attorney can do for you. Contact us today to schedule a free consultation.