Avoid These Mistakes After a Columbia First Offense DUI 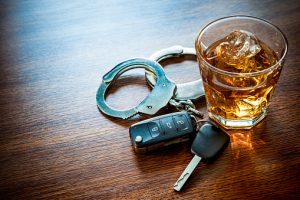 Being arrested on a first offense is a frightening experience, especially if you haven't ever been arrested or involved with the criminal justice system before. Faced with the prospect of being arrested for the first time, many people do not know what to do next or how to protect their rights. There is a lot at stake when you're facing charges, as you could end up losing your driver's license, facing high insurance costs, living with a criminal record, and even going to jail in some cases. You cannot afford to make mistakes just because you aren't sure how the criminal justice process works.

Every case is different, so the best approach to responding to your DUI charges is going to vary based on lots of factors unique to your situation. However, there are some common mistakes which drunk driving defendants end up making which everyone should avoid because they don't help anyone's case.

Some of the key mistakes that you want to avoid include:

The best way to avoid problems is to make sure you get the right legal advice. A defense attorney who handles DUI cases can start providing you with essential information about how to respond to your charges right away after your arrest. Call a lawyer as soon as you can when you've been accused of a first offense DUI so you can avoid mistakes that could cost you in the future.