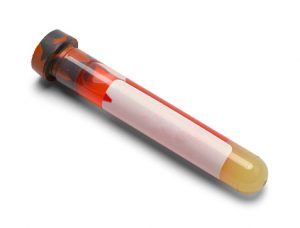 If you have never been arrested or had any encounters with law enforcement, it can be frightening to be pulled over by police and asked to submit to a test of your blood alcohol content. An arrest is even more scary for a first DUI offense.  As you become involved with the criminal justice process, you need to understand how the U.S. Constitution protects you.

The Rights of Defendants Accused of a First Offense DUI

Many Constitutional Amendments provide protection for those who have ended up in the criminal justice system. If you have been accused of committing a first offense DUI, you have the right to be considered innocent until proved guilty. You also have the right not to incriminate yourself, and you have the right to due process. This usually takes the form of a trial by judge or by jury.

Even before you get to the trial phase, the constitution protects you. You are entitled to be free from unreasonable and unlawful search and seizure, which means many things in the context of a DUI case. Firstly, if you were pulled over by police without justification, the traffic stop may have been an illegal one. If police didn't have justification to stop your vehicle, all evidence collected in the unlawful stop cannot be used against you. It is considered "fruit of the poisoned tree," since the evidence wouldn't have been obtained if the unlawful stop had not happened.

Even if the traffic stop was justified, this does not necessarily give police the authority to conduct a test of your blood alcohol concentration. There must be probable cause before police can require you to submit to a BAC test. In other words, there needs to be a reason for police to believe you are drunk in order for them to require you to take a test to prove your level of sobriety or intoxication.

The Supreme Court recently considered limits on the authority of states to compel you to take BAC tests. Many states have made it a crime for drivers to refuse to submit to a blood test to determine if they were intoxicated, even if the police did not have a warrant. This essentially left someone who had been pulled over with a difficult choice: agree to a warrantless search or face criminal charges for declining it.

Washington Post reports the Supreme Court ruled these laws were not constitutional. The court said it is acceptable for states to bring criminal charges against someone who refuses a breath test, even with no warrant, but it is not acceptable to criminalize a warrantless blood test refusal, since a blood test is more invasive.

DUI defendants need to know these laws and what rights they have under the constitution, even if it is their first arrest or encounter with police.